Glen, Shawn and Adrian have a shared 10-year history as members of EIDOLON on Metal Blade Records. "Shawn is my brother, and Tim and I have been friends for a while," Glen told The Cornwall Seeker. "So when we put this together, and needed a bassist, it was a no-brainer to call Adrian. The chemistry is there, and that's especially important when we only do these shows once in a while. I live in Windsor, and the others live in Atlanta, Ohio, and all over the map. We can't spend a week in rehearsal. We need people we can rely on."

Regarding A NIGHT OF METAL's live performances, Glen said: "The fans can identify with both the music and the members of our band. Whether we play MEGADETH or JUDAS PRIEST or other classic metal like OZZY OSBOURNE, we're good at what we do, and it's a great show."

Glen left MEGADETH at the end of 2007 and was replaced by Chris Broderick, who previously played with NEVERMORE and JAG PANZER. 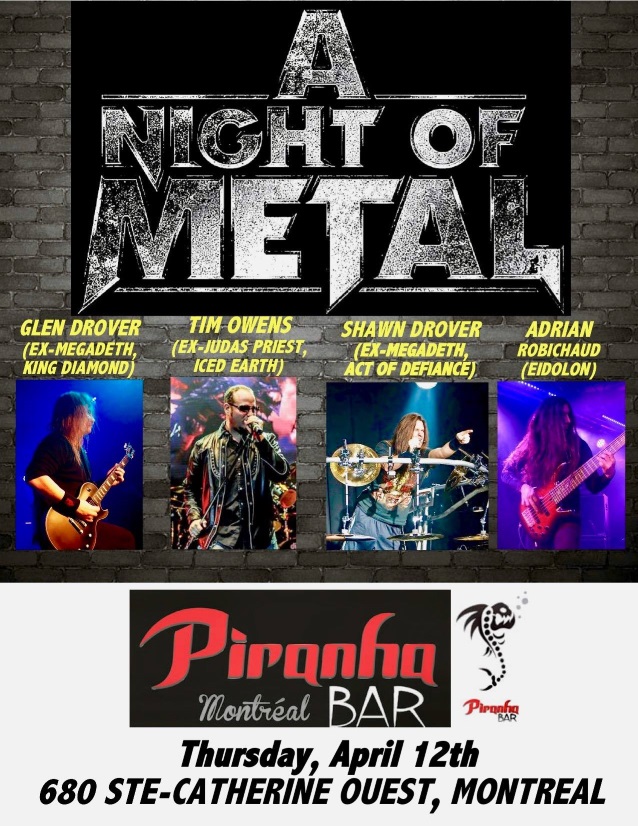