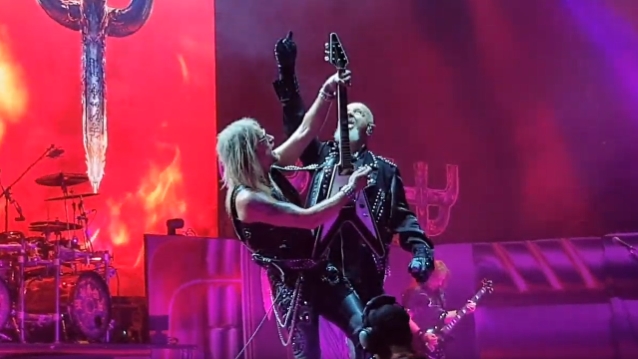 Fan-filmed video footage of JUDAS PRIEST's March 9 performance at the Sydney stop of Australia's Download festival can be seen below (courtesy of YouTube user "Jim Dumay").

Last fall, JUDAS PRIEST singer Rob Halford spoke to "The Animal House Radio Show" about how he and his bandmates plan their stage shows and setlists.

"I think you have to kind of make overall sense of the great honor and privilege it's been to have been a great metal band like JUDAS PRIEST for almost 50 years," he said. "We're always stepping up to the plate. We never take anything for granted. We're very grateful to all of our fans around the world that have given us this long life in metal. So that's always in our minds. Wherever we work, whatever stage we set foot on in the world, [we] give a thousand percent. And to some extent, that's your responsibility — you don't wanna disappoint your fans; your fans have paid good money and they deserve to get the best that you can give. So that's all part of the philosophy of PRIEST. We love what we do, we have a lot of fun with what we do, but we take it deadly seriously. It's an important part of our being in JUDAS PRIEST. And because music is an emotionally based source of an exchange of power and energy, you have to be aware of how people are feeling. So that's just been the kind of mantra that PRIEST has always had from day one, which is to do our best and to give our best wherever we are in the world."

This past January, JUDAS PRIEST's European tour with Ozzy Osbourne was postponed after the BLACK SABBATH singer fell ill. Those dates have been rescheduled to begin in September.

Tipton, who was diagnosed with Parkinson's disease five years ago — after being stricken by the condition at least half a decade earlier — announced in early 2018 that he was going to sit out touring activities in support of PRIEST's latest album, "Firepower". The guitarist, who is now 71 and has performed on every PRIEST record since the band's 1974 debut set, "Rocka Rolla", is not quitting the band, but simply cannot handle the rigorous challenges of performing live. He is being replaced on tour by "Firepower" album producer Andy Sneap, also known for his work as the guitar player in NWOBHM revivalists HELL and cult thrash outfit SABBAT.

PRIEST will return to the United States in May for a run with fellow classic heavy rockers URIAH HEEP. 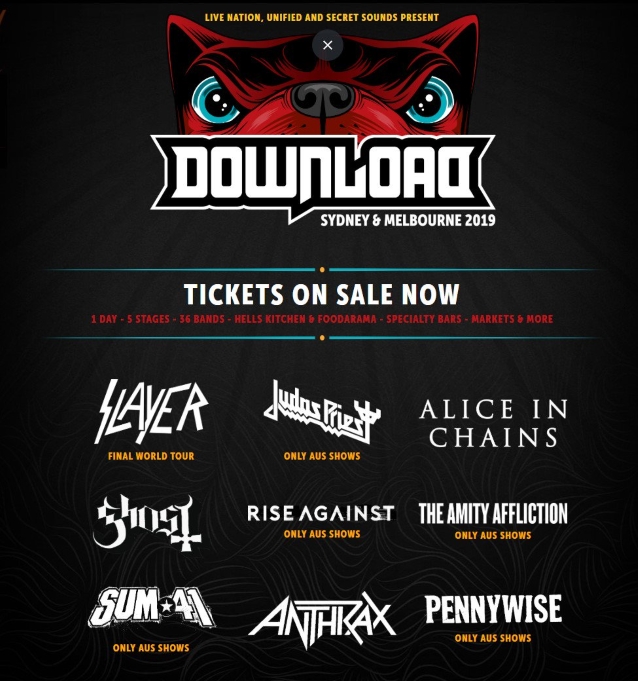