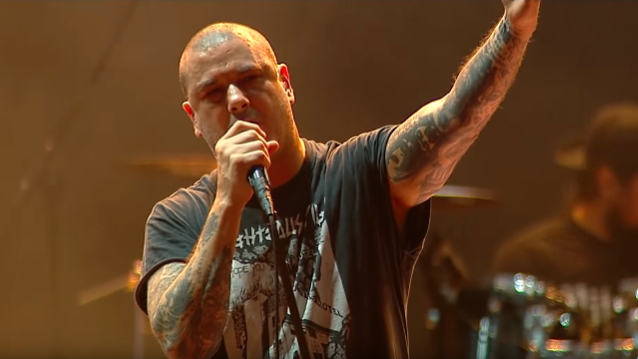 PHILIP H. ANSELMO & THE ILLEGALS performed the PANTERA song "We'll Grind That Axe For A Long Time" live for the first time during their January 30 concert at Osaka, Japan's Umeda Club Quattro. The track, which is taken from PANTERA's final studio album, 1999's "Reinventing The Steel", had never been played live by the iconic Texan metal band.

Former PANTERA singer Philip Anselmo introduced the song to the Osaka crowd by saying: "These songs always, always, always are a tribute and love to Vinnie Paul and Dime," referring to PANTERA's late drummer Vinnie Paul Abbott and guitarist "Dimebag" Darrell Abbott. "PANTERA never played this song that we're about to play — we never played it live. This is the first time we're performing it live ever."

"Hey, this is special," he added. "This is one for the hardcore PANTERA fans."

Last summer, Anselmo spoke to Revolver about his decision to play a number of PANTERA songs during the current tour with his solo band, PHILIP H. ANSELMO & THE ILLEGALS.