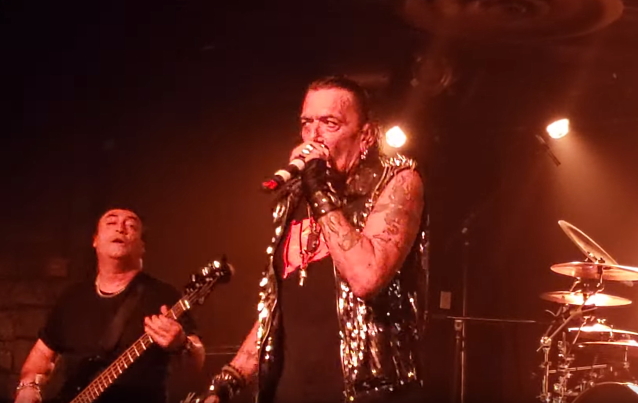 Fan-filmed video footage of RATT's August 2 performance at Ace Of Spades in Sacramento, California can be seen below.

RATT singer Stephen Pearcy and bassist Juan Croucier recently confirmed that the band is planning to release new music in 2020.

"It's natural for us to, obviously, record," Croucier said during an appearance on the June 25 edition of "Trunk Nation LA Invasion: Live From The Rainbow Bar & Grill" on SiriusXM. "But [the current version of RATT has] only been together just about a year next month. And at that, we had a little bit of lag time, 'cause Stephen had to get his knee fixed. So we just wanna get the band out there. I think it's a mutual thing — we wanna get out there and play more shows, get the band in the right condition. And invevitably we're gonna go ahead and record."

Added Stephen: "Yeah, we wanna play new music. Whether we release a song or two, and maybe we'll do a video or some podcast. We're gonna do something."

This past May, Pearcy told Sleaze Roxx that he and Juan will be the primary songwriters of any new RATT music. "You know, 'Lack of Communication', 'You're In Love' and all these other songs that we co-wrote together, so we're going to try along those veins for songwriting," he said. "And we'll see what happens. I have plenty of ideas. Juan's got plenty of ideas and we'll see what the other guys have to offer down the line."

In January, Pearcy underwent knee surgery. The operation came three months after two disastrous RATT shows that saw the 62-year-old singer incapacitated to the point where he had trouble remembering the words to some of the band's biggest hits.

RATT played its first show of 2019 on May 4 at the Domination México festival in Mexico City.