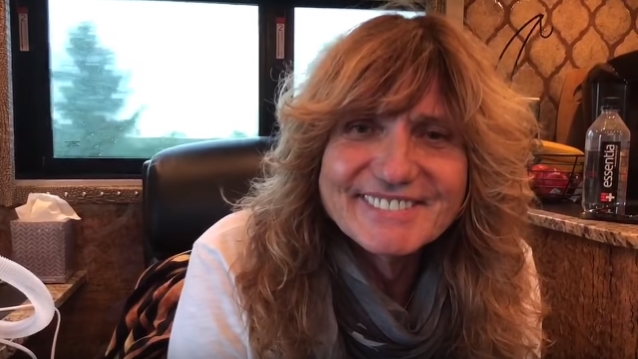 WHITESNAKE leader David Coverdale has revealed he had both his knees replaced with titanium last year after suffering from degenerative arthritis.

In his "My Guide To Life" feature in issue 10 of Planet Rock magazine, David explained that he was in so much pain with arthritis in his knees that it hampered his ability to perform live.

The 67-year-old former DEEP PURPLE singer said: "With all the years of bending and rotating [on stage], there's wear and tear.

"I've got degenerative arthritis in my knees. It got to the point it was hurting so much, it was pulling me out of the zone I needed to be in for my performance. So last year, I had the right knee, then the left knee, replaced with titanium. My recovery was so successful the doctor shared details of it at a conference and I'm preparing for world tours for 2019 and 2020.

You can read Coverdale's full "My Guide To Life" feature in Planet Rock magazine, which is on sale now.

WHITESNAKE and FOREIGNER recently teamed up for the "Juke Box Heroes" tour.

WHITESNAKE announced in April that it was pushing back the projected release date of its new album, "Flesh & Blood", to next year.