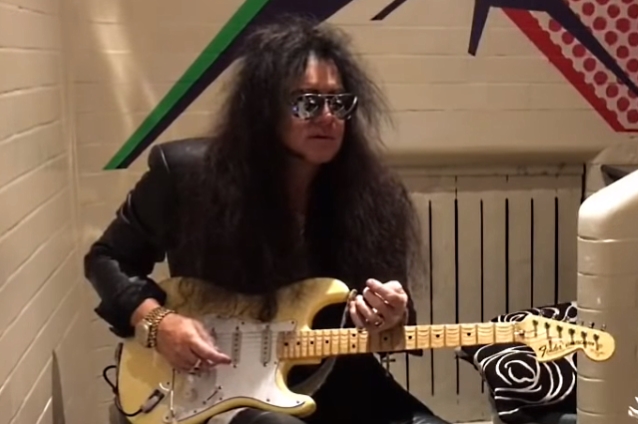 In a brand new interview with U.K.'s Total Rock, legendary Swedish guitarist Yngwie Malmsteen was asked if he always had the "self-belief" that he would one day "make it." He responded (see video below): "I think that I've always had a very, very strong vision of what I wanna do. Whether that would fit into what was considered successful, that is debatable. I never really followed trends — ever — and I always did my own thing my whole life. And the fact that it's gone as far as it has is great. But I've always been more concerned with creating something that is really real and honest and true art rather than, 'Well, this is successful.'"

Malmsteen credited his perseverance for his successful career as one of the most influential guitarists in the world. "It's sticking with what you want to do," he said. "'Cause I know I can actually play a lot of different things, but I don't really want to. I just want to play this. And I could play country and western, I could play jazz. But what I put out is what I want to do. And that's a more important thing."

Yngwie released a new album, "Blue Lightning", on March 29 via Mascot Label Group. On the disc, Yngwie pays homage to those from the blues world who have fueled his artistic spirit for so long. "Blue Lightning" also includes four original tunes that bring to the fore Malmsteen's love for the blues. "I have always featured songs with a blues groove on albums," he said in a press release. "So, having my own material in this vein was very natural for me."